Wallpaper for the Brave (or, Microcosm/Macrocosm) 2007

This series came about during a period of time in  2007 when I was suffering from a sudden onset of vertigo that lasted for months.  I had been working on digital drawings based on transparency and layered patterns. At the time I was listening to an audio book about astronomy and the origins of the universe. Some of the artwork resulting during this period reminded me of deep space imagery.  Alternatively, they  also looked like enlargements of the world of sub atomic particles, so, hence the micro and macro aspects of interpreting the images. 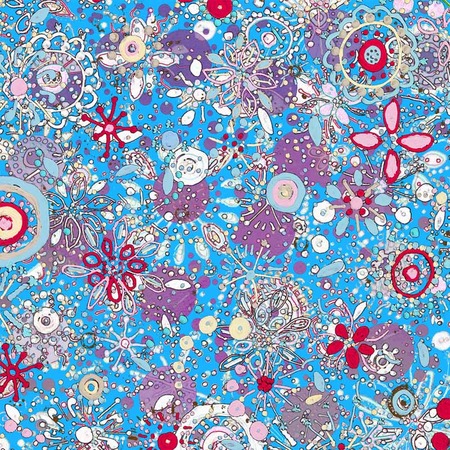 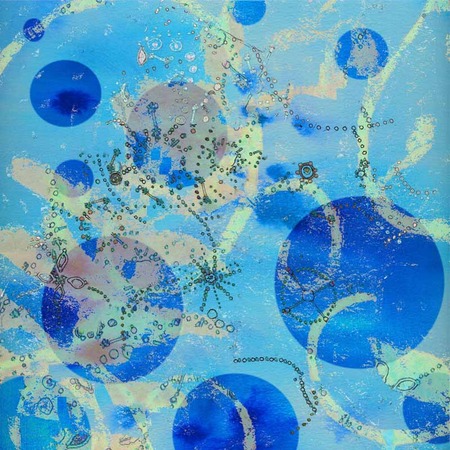 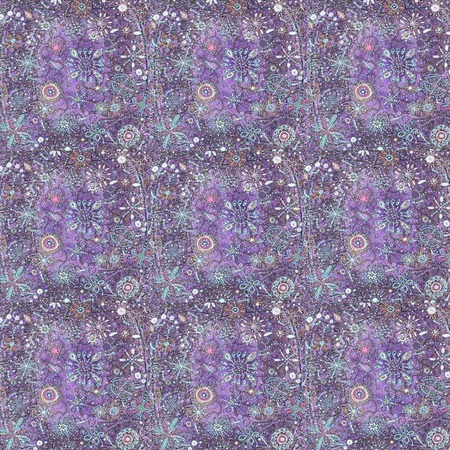 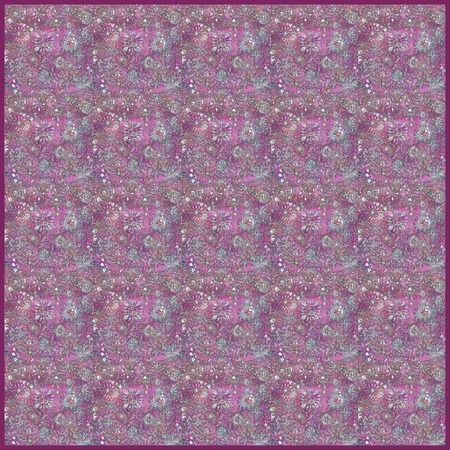 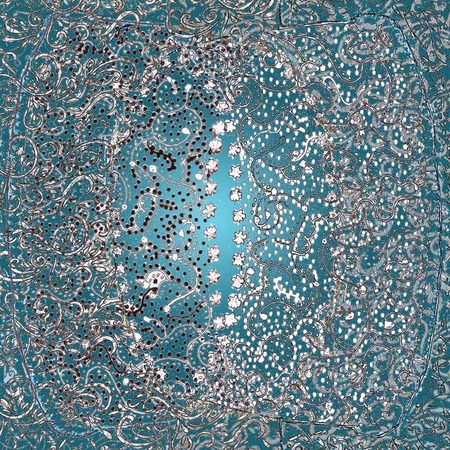 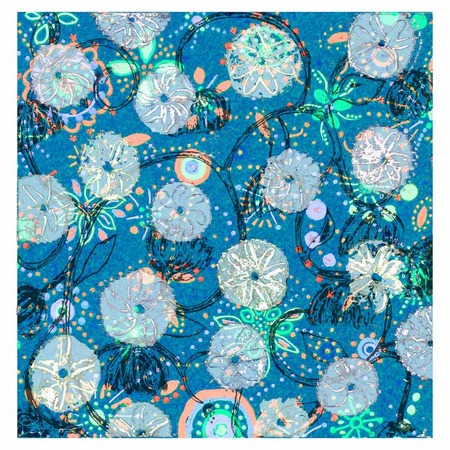 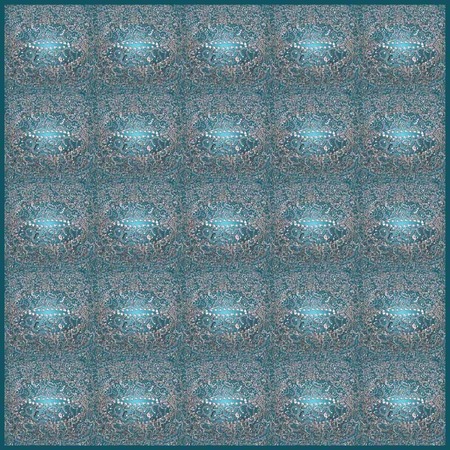 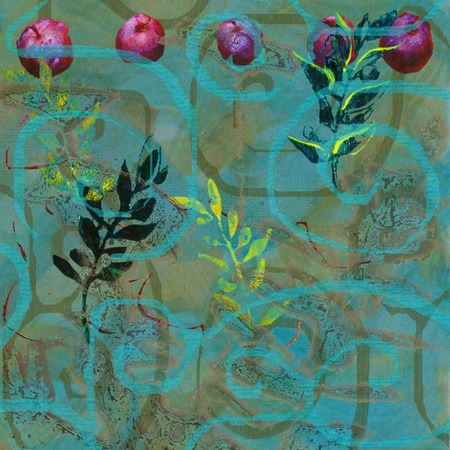 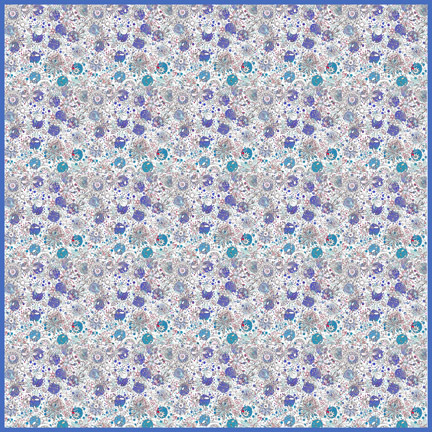 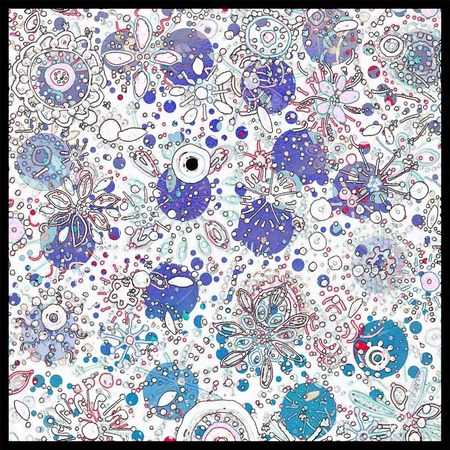 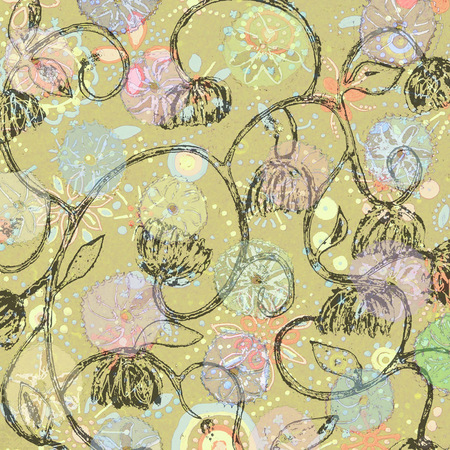