These artworks were made while listening to podcasts on science and technology, and ideas about cells, stars, networks and maps, along with some personal symbolism and repetitive patterns form a motif throughout the work.  Colour and texture were important, and the thickness of the finished work is the result of coating each layer with acrylic medium and building them up to an encaustic like appearance. I focussed on paying attention to the thoughts and ideas present at the moment I was making the art. They are about how we learn, how we remember and what happens when memory disappears. The original image was either a carefully constructed geometric pattern or an elaborate doodle like drawing based on what I was listening to that day. Those first images were buried below many layers and will never be seen.  On some, as the surface became more crowded and out of control, I plastered over everything to take a rest. Rather that starting anew, I sanded off layers to reveal parts of layers underneath. I also considered the opposite of a busy mind. We can rest our minds by meditating, by sleeping, or by distracting ourselves. The blue Rest pieces are peaceful renditions of a blue sky with a focal word, rest, softly imprinted on each. The canvas was plastered and multiple thin washes of colour were added and wiped away to achieve the final surface.The white Rest paintings are ghost works from the past. They were part of a body of work from several years ago. The original image was painted over in white to eliminate all but the texture.  These white Rest paintings exist now with the memory of their previous appearance masked or forgotten. They allow the viewer to rest their gaze on a neutral surface.In both Busy and Rest the images are suspended in time and space. They reflect the ephemeral moments of thought I experienced while making them. 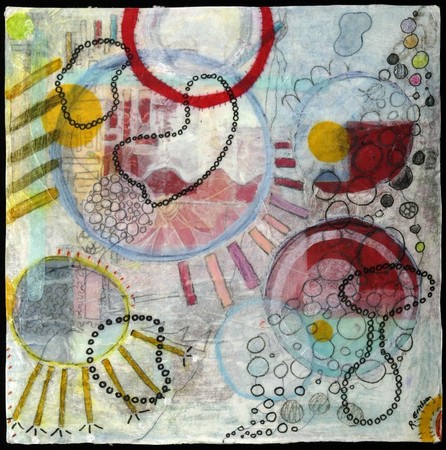 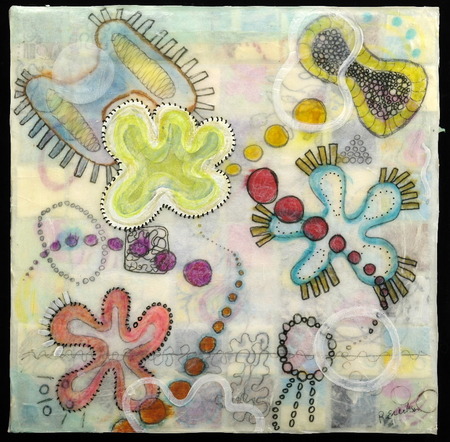 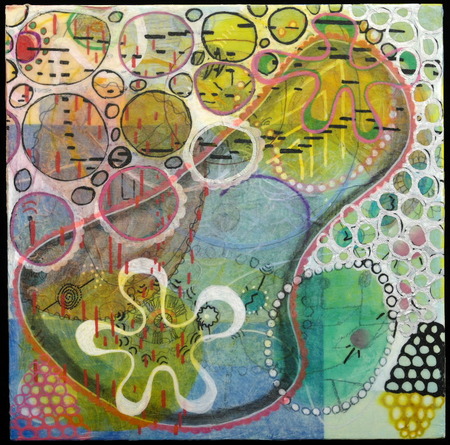 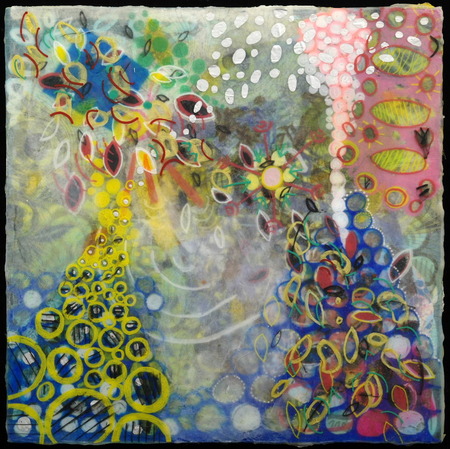 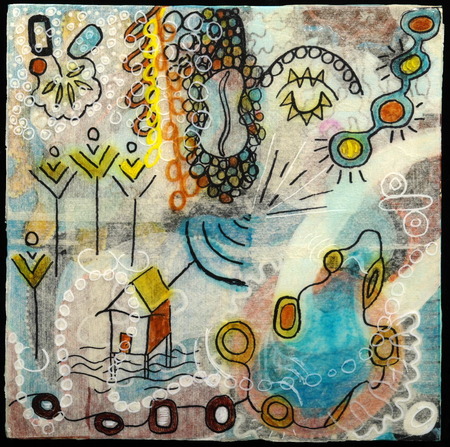 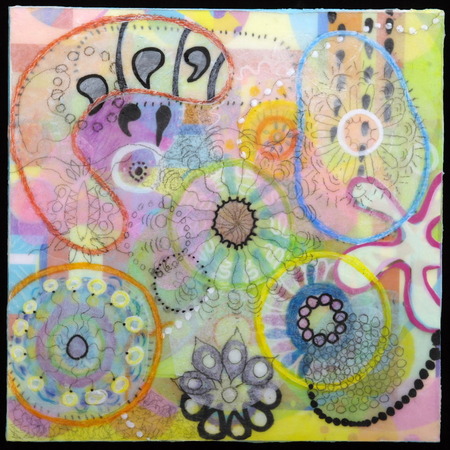 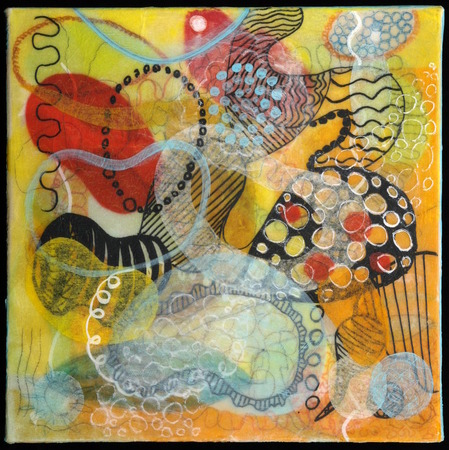 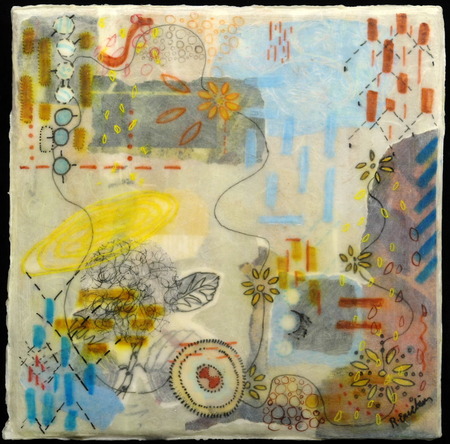 The Origins of busy rest 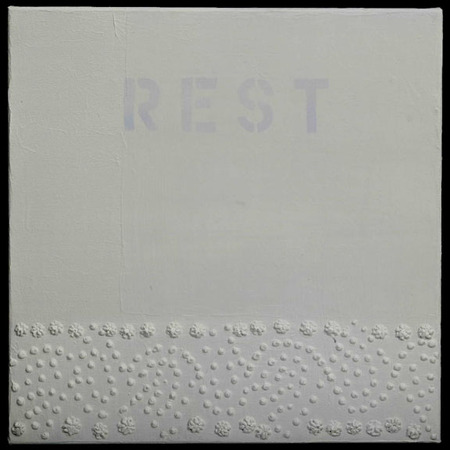 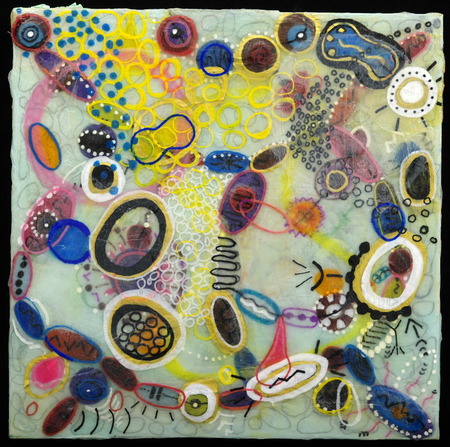 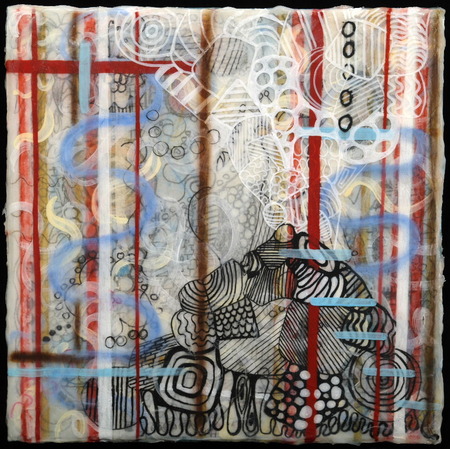 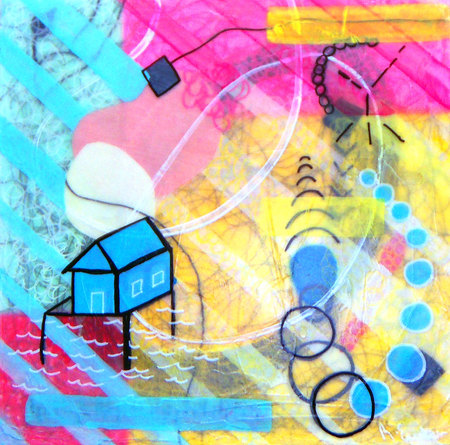 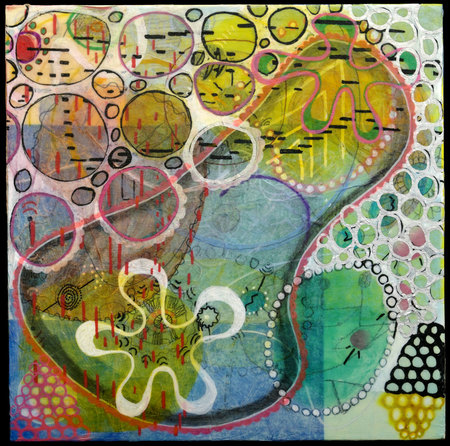 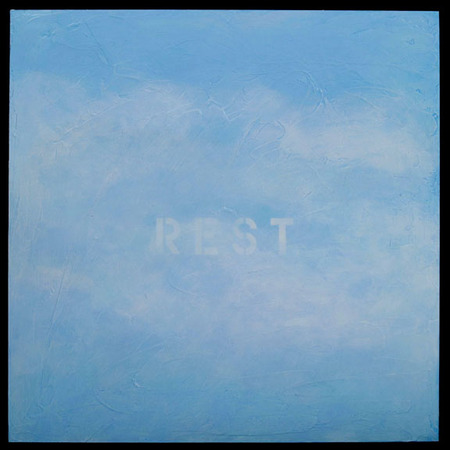 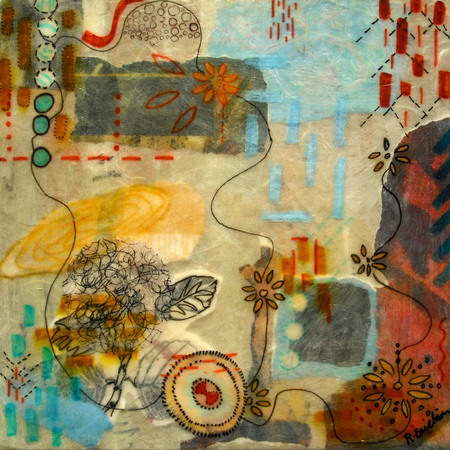 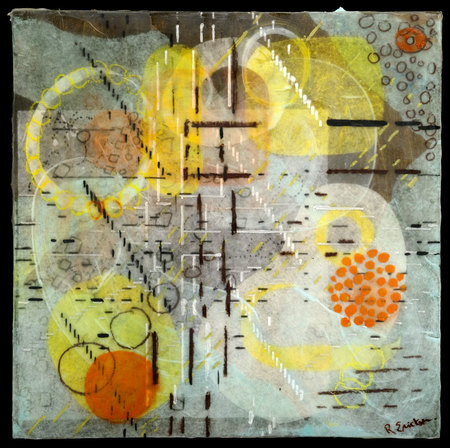 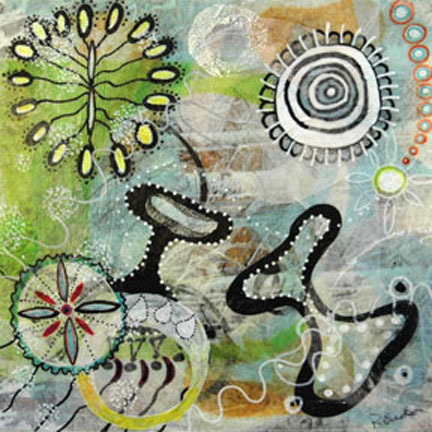